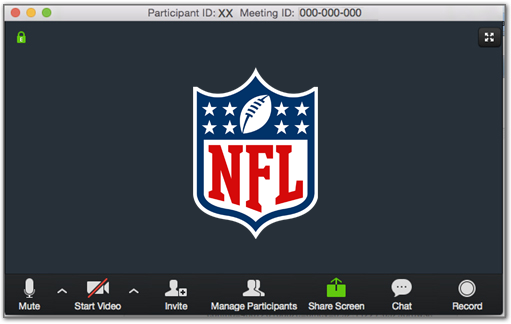 Posted at 14:20h in Live Streaming by Phil DiMartino 0 Comments

From the Bellagio to the Basement

The 2020 NFL Draft was supposed to be epic.  With the Raiders moving from Oakland to Las Vegas, it was the perfect opportunity for the biggest league in pro sports to go all out.

With Vegas as the backdrop, the NFL was ready to give college stars the real star treatment – including boat rides through the Bellagio Fountains.  Seriously. 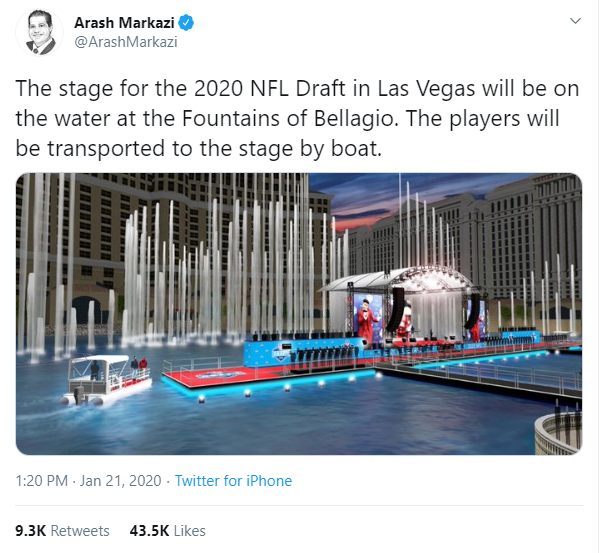 Obviously the league’s plans have had to change in the midst of the coronavirus pandemic.  There will be no boats, no bombast, and no booing of Roger Goodell.  The league has been forced to go fully virtual.  And when we say fully, we mean it.

The commish will be announcing the picks from his basement in Westchester, NY.  Meanwhile, the other league execs are all going to be dialing in for a conference call.

While you might expect a multi-billion dollar operation to treat this a little differently than your job does your Monday morning virtual meeting, the reality is – it’s not that far off.

In a dry run earlier this week, the league experienced glitches before they could get through a single pick.  Coaches and GM’s are enlisting their families to help with running a big board.

Perhaps the most relatable issue – other members of the household clogging up bandwidth playing video games and streaming video.  The bottom-line: the average house of a high-powered NFL exec looks a lot like your work from home set-up does.

If the NFL is willing to try it…

Before this pandemic, there was likely some hesitance from you (or your clients) about going live, especially when you didn’t have complete control over the situation.  Now, control is the farthest thing from possible, and even the most brand-conscious among us like the NFL are pivoting.

ESPN VP Seth Markman thinks people are going to be more tolerant of technical glitches. ““I think viewers have an unbelievable new understanding and tolerance for anything that we need to do at this point,” Markman told the Athletic. “I’ve watched shows on other networks where people are in their basements or the signal isn’t that strong or people have headphones or AirPods, and I will tell you that we have not gotten any feedback from viewers being disappointed or about what anything looks like.”

Everyone in the world has received a crash course in live streaming – as the host and the viewer.  People are way more understanding of less than perfect connections than they may have been a month ago.

What Can You Do?

In all likelihood, there will be issues during the live broadcast of the draft.  And that’s ok!  Viewers will understand, and as long as you’re working to provide valuable, engaging content that matters to your audience, they’ll stick with you.

We’ve been working with lots more of our partners here at 5 Tool Productions on remote broadcasts, and the response has been overwhelmingly positive.

You can do this too.  Don’t be afraid to put your people out there and create just because your team is isolated.  There’s still high-quality content to be made!